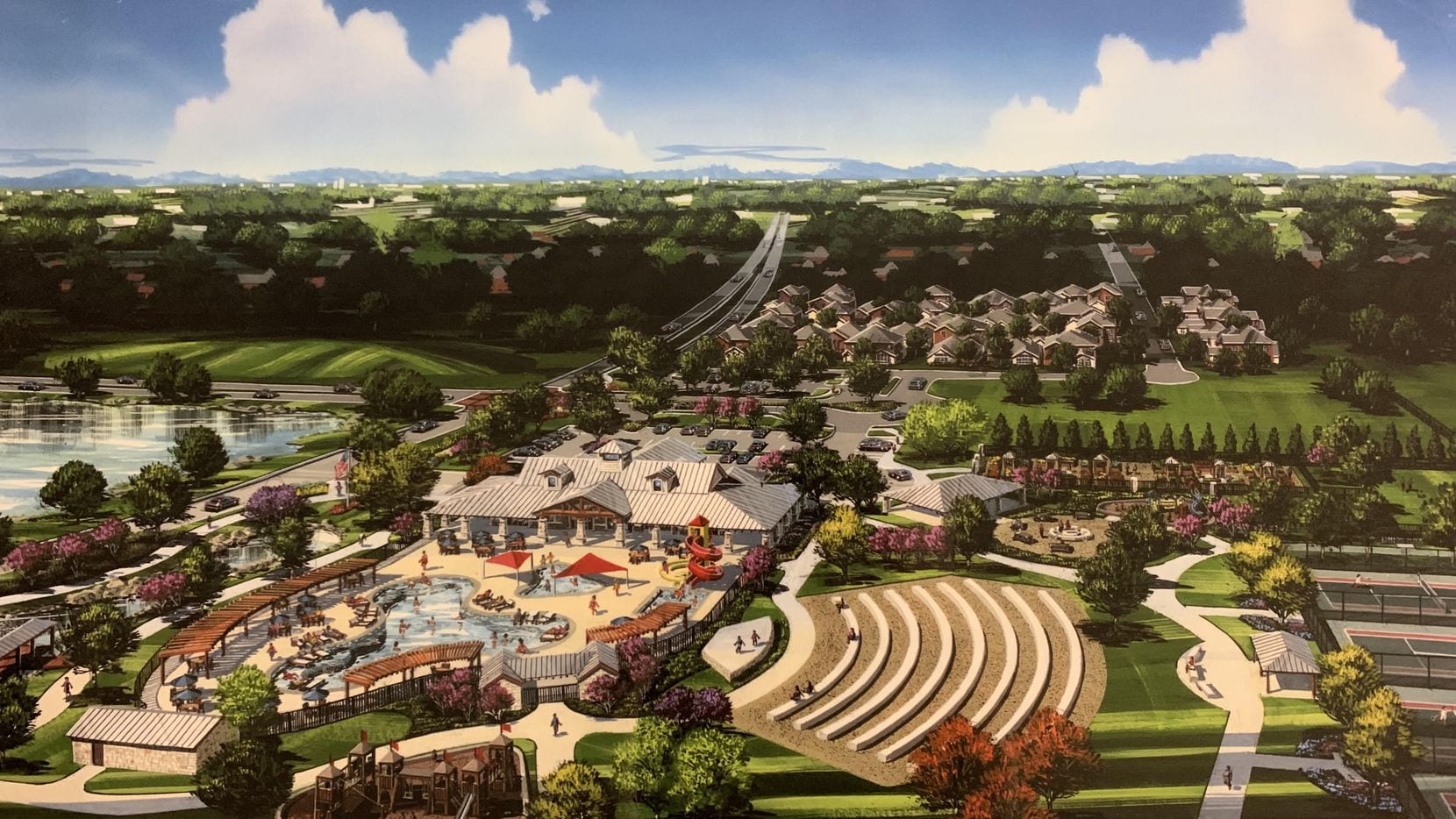 The first neighborhood in a new Denton County community is almost ready for buyers.

Tomlin Investments is building the $2 billion, 1,400-acre Green Meadows community on Legacy Drive one mile west of the planned Dallas North Tollway extension on the west side of Celina. Plans for the community call for about 4,200 homes.

The developer has completed the first of almost 400 home sites and intends to start a new phase early next year.

“We are closing some of the first lot sales to builders today, said developer Dan Tomlin III. “We are starting model homes this week, and the amenity center is going up.”

“We are trying to hit that section of the market because it’s so hot,” Tomlin said.

The $4.5 million community center will be ready early next year, about the time the first homeowners move in.

“A lot of the builders already have presales,” Tomlin said.

Tomlin Investments bought the big Denton County tract in 2006 and held on to it through the Great Recession.

“The land was acquired in seven different pieces we put together,” Tomlin said. “It’s taken us three years to deliver these lots, and we are finally there.”

The developer began construction in 2016 with funding from Bank of the Ozarks.

Tomlin said work on the next phase of home sites would begin early next year. “We are getting ready to start the engineering,” he said.

A growing number of residential developments are on the way north of U.S. Highway 380 on the west side of Celina.

“Six years ago, the area was producing under 100 new home starts per year,” Ted Wilson, principal of Dallas-based Residential Strategies, said in a statement. “Today, Celina is the fourth-most-active new home market in D-FW, with almost 1,500 starts per year.

Tomlin Investments’ timing for the development couldn’t be better. With record low mortgage rates, buyers are rushing to find housing in Dallas suburbs. “I wouldn’t have predicted the market would be this strong during the pandemic,” Tomlin said.

Sales of new homes in the third quarter were up more than 20% from the same time last year.